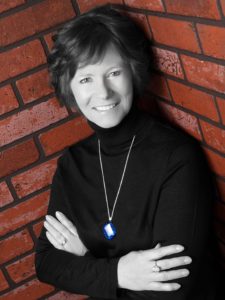 1.Which of the Peanuts girls – Lucy, Sally, Peppermint Patty or Marcie – would be your best friend if you were added as a character on the comic strip?

Middle Grade or Historical Romance—but I would probably spend too much time on historical research and never finish the book.

In 1986 I started working on a middle-grade book (never finished). In 2008, I began writing contemporary romance full time, and my first book released 2014.

Jeopardy! I even have it for my Wii! I might be a little competitive.

I never used to write the synopsis first. Now I do, but only because it’s contractually required. (But the finished manuscript never matches the synopsis!)

7. Which character from one of your own books do you wish you were more like?

I think there is a little bit of me in every character, or at least I give them things that I love doing.  In  SOUTHERN COMFORTS — Abby is a chef. I love cooking and always want to experiment more. I guess I did that vicariously with her! (She matches her appetizers and wine for each evening’s wine tasting.)

Neither?—Give me “Gone with the Wind”. Movie version and Clark Gable!

When a reader came up and asked me to sign her T-shirt at the RWA literacy signing, because she loved my debut. I cried.

Very! It keeps me connected to my readers and writing peeps. And I can stay current on my agent Laura Bradford’s life, through her funny tweets!

I try to snack healthy, but I love gummy worms and orange slices.

The hardest part for me to write is making sure each character has an emotional arc that changes during the story. The easiest, the black moment.

Adele! I want to be able to hear the words.

I really needed a beginning craft class when I first started to toy around with writing. I wrote 5 manuscripts before I knew what I was doing. Go to a basic writing class.

England. My English mother met my father during WWII and came to the US to marry him after the war. They corresponded for 3 years during the war and while my father finished college. 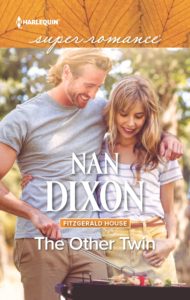 It was nice having the craziness of feeding two kids and a man at her table. This is what life would have been like if Brad hadn’t died. Cheryl touched her stomach. Maybe they would have had another child.

She watched Nathan cut Isabella’s chicken. There wasn’t a second child in her future, but she could help Nathan with his daughter. Eventually, Nathan and Issy would move on, both physically and emotionally. But she could help for now.

Issy forked a potato and smiled at him. A pixie with dandelion fluff for hair and her father’s heart-breaking brown eyes.

Cheryl brushed the hair out of Isabella’s eyes. “Is it good?”

“I love it.” Nathan grinned.

Josh shot him a glare. And the bubble broke. They weren’t a family. She was just helping out a semi-clueless father with a damaged daughter.

As dinner wound down, Isabella set her milk too close to the table’s edge and the plastic glass dropped to the floor.

“Issy.” Nathan’s voice was sharper than normal, but he didn’t yell.

The little girl cringed anyway. Her shoulders curled up to hid her face. A whimper erupted as she bent in two.

“It’s okay. It’s just spilled milk.” Cheryl hurried to the other side of the table. “Josh, can you please grab paper towels? We’ll have this cleaned up in no time.”

Isabella was frozen. Cheryl stroked her back and she jerked. “Nathan, I think she’s done.”

Nathan took the hint and picked up his daughter. She wrapped her limbs around him like a vine.

“It’s okay.” Josh handed a wad of towels to Cheryl. “Sometimes I spill, too. Mom never slaps me.”

The girl tucked her head deeper into Nathan’s shoulder, shaking her head.

“Josh?” Cheryl wiped the floor, trying to keep everything nonchalant. “Has Isabella talked to you?”

THE OTHER TWIN, part of the Fitzgerald House miniseries, is a January 2017 release from Harlequin Superromance, and may be purchased from these retailers: Amazon, Barnes & Noble, Google, Harlequin, iBooks and Kobo.

Nan Dixon spent her formative years as an actress, singer, dancer and competitive golfer. But the need to eat had her studying accounting in college. Unfortunately, being a successful financial executive didn’t feed her passion to perform. When the pharmaceutical company she worked for was purchased, Nan got the chance of a lifetime—the opportunity to pursue a writing career.  She’s a five-time Golden Heart® finalist and award-winning author, lives in the Midwest and is active in her local RWA chapter and on the board of a dance company. She has five children, three sons-in-law, two granddaughters, a brand new grandson and one neurotic cat.