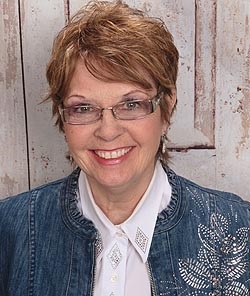 Sorry, but I watch very, very little TV.  I don’t know what Comic-Con is, but if I wore a superhero costume (actually I hate dressing up in costumes and never do it – ever) – but if I had to, I would probably be Catwoman.

I am most productive in the wee hours of the morning – like 1 a.m. to 4 a.m. Caffeine is my best friend. I probably drink too much coffee. I am not a heavy sleeper and never have been. Four to five hours is enough for me, and I’m always up by 5 or 6 a.m. even if I go to bed at 4 a.m. At 72, I have too many things I want to do in this life and too many books I still want to write to waste my time sleeping.

Bradley Cooper in a New York minute.  He’s gorgeous, and he seems like an ordinary man.  And his acting in American Sniper was phenomenal.

My biggest dream as an author has already been realized – to actually make a living writing and to write many, many books.  I’m up to #65. My only other dream would be to have a movie made out of one of my books.

Oh, my gosh, there is more than one movie I watch over and over and never get tired of it. The Shootist is one, for so many reasons.  It was John Wayne’s last movie, and just like the character, he, too, was dying of cancer.  And it reminds me of how my outlaw character would want to die if he knew he was already dying.  Jake Harkner would have to go down with guns blazing. I always ball my eyes out at the end of The Shootist. How very fitting it was for John Wayne.  I also love Pale Rider with Clint Eastwood, and The Big Country with Gregory Peck – and my favorite comedy would have to be Rat Race.  I laugh ’til I cry.  I could name so many more, probably at least 25.

My one and only genre is historical romance – I love, love, love American history and the magnificent western landscape.  My Christmas story coming in October will be book #65, and I have many more I want to write.

Again – I don’t watch TV.  I don’t know what Love It or List It is.  I have seen some episodes of Modern Family and I loved it, so I’d have to say Modern Family.

My favorite way to celebrate after signing a new contract?  I sit down and start writing. By the time I sign the contract, the book it is for is usually already half written, and I’m relieved it’s truly a done deal because I love every story I write and am always thrilled it will finally be published. I “live” in my stories, and my greatest pleasure is being with my characters as I write. I’m not outwardly effusive, and I don’t drink, so I just get busy writing.

A perfect square of dark, dark chocolate – at least 75% cacao.

I never have trouble finishing a book.  I start a story (no outline) and just let things happen. It almost always works out. I guess if I had to pick one that gave me trouble it would be WHERE HEAVEN BEGINS because the hero had to have a redeeming moment that turned his life around at the end of the book. (It was an inspirational story.)  All the way through the story I had no idea what that redeeming moment would be or how it would happen. I just trusted that it would come to me when I reached that point, and it did. God was guiding me.

Oh, yes, I definitely have a music playlist.  Too many artists and themes to list.  It depends on how I picture the characters and what the theme of the story is.  I have several albums (in my iPhone of course) from the great westerns of the past, and I listen to those a lot. I sit at the computer with earphones on to drown out the TV while I write – or, of course, I write deep in the night when it’s nice and quiet.  My favorite would have to be the theme from The Big Country.

If a new idea for another story pops into my head while I’m working on a book, I simply create a new document and record the idea so I don’t lose it.  Sometimes I even give it a title. Believe me, this happens a lot. I have trouble shutting off my brain. New ideas just keep coming. And, by the way, I never start a book without a title. For some reason, I have to settle on a title before I can write the story.

I need no inspiration from other authors to sit down and write – and when I started writing back in 1979, I didn’t know any other authors. I wrote about 12 books before I even met another published author.  There were no writers’ groups like Romance Writers of America – no help or guidance of any kind. I wrote on a manual typewriter and just picked out publishers who published the kind of books I wrote and started sending out my manuscripts. I had probably at least 70 rejections and had written 9 books before I finally sold one. It was that 9th book that sold, and the publisher asked if I could turn it into a series of 4 books and I said “yes” with absolutely no idea what I would do. It ended up becoming my 7-book Savage Destiny series, which to this day are still my best-selling books even though they are over 30 years old!! 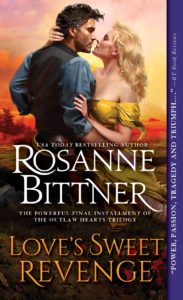 [Note: Here Jake is all man and “there” for his wife.  This has nothing to do with sex.  This is a very serious moment, as something terrible has happened to Randy and Jake needs to be strong for her.  Most of their married life it’s been Randy who is strong for Jake because he is an emotionally unstable man who is often visited by his dark past and lives on the edge of sanity and insanity because of his incredibly cruel childhood.  Now Randy needs him in a way she’s never needed him before, and he has to stay right with her on this and see her through it.  Jake loves this woman so much that he rises above his own needs to be the strong, supportive husband she needs right now.]

He held her tighter.  “Who do you belong to?”

She hugged him tighter around the neck.  “You.”

She curled so tightly against him it was as though she wanted to crawl inside him.  “Jake Harkner,” she whispered.

“You bet. Nothing has changed that, and nothing ever will.”

“Tell me you’re not in trouble, Jake.”

“No one is coming to get you?”

“I was always scared you’d … never come back … back in Oklahoma.  Don’t take that job, Jake … that ranger job.  I don’t want you to go away.”

“And that’s where you are right now.”

“I’d walk through the fires of hell for you.”

LOVE’S SWEET REVENGE, published by Sourcebooks Casablanca, may be purchased from these and other retailers: Amazon, Barnes & Noble and Books-A-Million.

USA TODAY best-seller Rosanne Bittner has been writing almost 40 years.  SWEET PRAIRIE PASSION, her very first book, was published in 1982.  That was 66 books ago, and she promises more to come!  Rosanne’s first love is American history, especially the Old West and Native Americans.  In March, 2017, a new Native American romance by Rosanne, CAPTURE MY HEART, will be published in print and e-book by Amazon. Rosanne writes well-researched books that have won numerous awards, including the prestigious WILLA award from Women Writing the West. She was named ”Queen of Western Romance,” by Romantic Times Reviews, who nominated her second “Outlaw” book, DO NOT FORSAKE ME, for “Best Western Romance for 2015”.  Nearly all of her novels have garnered great reviews by Publishers Weekly.

Rosanne belongs to several writers’ groups and historical societies.  She and her husband, Larry, have been married almost 51 years.  Together they have traveled the west for over 40 years, mostly for research for Rosanne’s stories.  Her newest novel, LOVE’S SWEET REVENGE, is the third book in her acclaimed “Outlaw” series, with a fourth book coming in September, 2017, THE LAST OUTLAW. In October, her Christmas story, “A Chick-A-Dee Christmas,” was published in an anthology called CHRISTMAS IN A COWBOY’S ARMS.