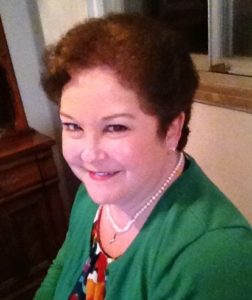 LOL! Why, Rarity, of course. What’s not to love about a purple-haired unicorn???

Huh? Nothing’s off limits—it’s all in how you handle it!! 😉

6. Is social media a bad habit for you, and, if so, what are your favorite time drains?

7. With no money limit, if you could construct the most perfect writing space, what would it look like?

13. Who was the first person – besides your mom and dad –  who told you that you could write?

Dead tie between kicking it off, and typing ‘The End.’ 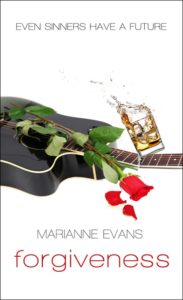 They convened in the great room. When Amy crossed the threshold, Chase watched her run gentle fingertips against the edge of the fireplace mantle, where silver-framed photos rested. For a time she lost herself in family snapshots, formal portraits of Zach, Pyper…

And within her eyes crested an ocean of sadness that twisted his stomach, because he didn’t think they were going to like what he had to say.

“Excuse me for being torn between two sides here, but I don’t think you should have treated him so harshly. Why are you painting him with the lines of a brush that’s decades old? What right do you have to do that? It’s not fair, and it’s not worthy of the people standing in this room—the one’s I’ve come to know and care for so much.”

Pyper crossed the room, headed for her mother’s side, but she drew up short and stared at Chase. Zach stood not far away, brows furrowed, arms crossed, gaze pinging from one person to the next as he visibly attempted to sort things through.

Tyler stepped into the tense and building void. “Chase, you’re right to be loyal to him. I don’t discount the ways he helped you find your way, but I need you to hear us out on this. You need to understand that—”

“No. There’s no need for an explanation. I get it. You’re all about second chances; you’re all about redemption; you’re all about that feel-good, all-encompassing word forgiveness, right up to the point when it involves someone who’s hurt you deep. Well, I know Mark far better than you, and I respect him. He worked hard to overcome. I can relate to that struggle because life forced me to walk his same walk. He’s a troubled, flawed man who tells me he’s working hard to be what he needs to be, what he wants to be. I had my doubts about his arrival, and I know how he hurt y’all. But after his witness today, after the way he accepted his cross with grace and humility, I feel he deserves a chance. Why did you lash out at him without knowing thing-one about the demons he’s slain?”

“Demons!” Pyper rounded on him. “The demons he’s slain? Chase, that man is a wrecking ball! Any demons he faced, he brought on himself!”

“Absolutely, and those demons will lurk over you as well, Pyper—over all of you—if you storm off and refuse to give him the time of day. That kind of judgment I don’t want or need. It’s toxic, unfair, and it certainly isn’t Christian.”

Temper erupting, he pressed forward through lightning strikes and storm clouds he could taste in the air. “The man you hate so much—and don’t even try to hide from that truth—is the man who helped me, and nothing but God led Mark Samuels to Nashville. If you can’t see that, then you don’t understand all the words you use about seeing His hand in our lives, and recognizing His actions, His interventions.”

“That damaged man found healing; that damaged man repented and worked hard to restore himself. I’ve learned a lot from his journey, and he pulled me scratching and clawing from a black hole. I’m sorry for what he did. Truly I am.” His gaze roved Pyper’s precious face, then moved to Amy. “What he did to you and your mama is reprehensible, but you should look at who he is now.” Chase focused on Tyler and Zach as well. “All of you need to see his redemption rather than his past. He’s covered by grace. He’s loved. He’s forgiven. Right?” His gaze landed square on Pyper’s bewildered face. “Just. Like. Me.” He invaded her space. Fire burned in his chest, stirring an all-over ache as he strove to drive home his point. “Or do you believe Jesus would leave an honestly repentant man cowering in the sand, covered by sin?”

Marianne Evans is an award-winning author of Christian romance and fiction. Her hope is to spread the faith-affirming message of God’s love through the stories He prompts her to create. Readers laude her work as “Riveting,” “Realistic and true to heart,” “Compelling.” Her Christian women’s fiction debut, Devotion, earned the Bookseller’s Best Award as well as the Heart of Excellence Award. Hearts Communion earned a win for Best Romance from the Christian Small Publisher’s Association. She is also a two-time recipient of the Selah Award for her books Then & Now and Finding Home. Marianne is a lifelong resident of Michigan and an active member of Romance Writers of America, most notably the Greater Detroit Chapter where she served two terms as President. You can connect with Marianne at www.marianneevans.com and through these social-media channels: Blogspot, Facebook and Twitter.
Save