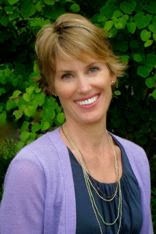 1. If Disney made an animated movie about you as Princess Ellyn, which Disney hero would you choose as your Prince?

Princess Ellyn would fall for Shrek, from DreamWorks, not Disney. Yes, he’s green, but it would complement my eyes. He’s funny, low-maintenance and wouldn’t clutter up the bathroom with his manscaping products. Plus, I love the woods. Donkey would be a problem.

2. In which genres and sub-genres have you been published, and what does your narrow or sweeping focus say about you?

Oh boy. Romance first of all with a heavy dose of comedy. (My first book has talking breast implants — Yes, you read that correctly.) I also have a woman’s fiction, I’m working on a historical fiction, and my YA book is romance. I think I’m branching out as I get more confident. But they are all about overcoming obstacles and personal growth.

The biggest risk was my self-published book. I can still remember holding my finger over the “Publish” button and thinking — this is a big step. I was shaking. I shut my eyes and pressed down.

CHASING NIRVANA because it took me so much blood, sweat and tears to write. And it’s an allegory for my battle with depression, so it has great personal meaning. The other book would probably be LETTERS TO MY DAUGHTER by Maya Angelou. So much wisdom and hopefulness in the face of despair. Nothing like a great lady telling you about the time she insulted her hostess.

Oh boy. I’m not too sure. With 50 ACTS, it was like 15, and then suddenly two publishers wanted it. But since I keep changing genres, I’ve had to seek out different publishers, so there have been a lot more rejections than that. The grand total over the years would hit three digits. Those are agents.

Anything with dogs on social media. And Facebook. Please someone save me from Facebook. I do not need to know that my cousin’s dog ate socks again. I just don’t.

Well, they are all aspects of me, but probably the main character from CHASING NIRVANA. She’s like me but tougher and funnier. Plus, she’s young so I’d like her abs.

Sundress and sandals. One-piece dressing. I do love sundresses.

Plotter. Plotter. Hard-core plotter. And I will argue this one to my grave. You pantsers are all rewriting needlessly.

I have a fear of heights. I make myself look down sometimes. One time I did that and had a panic attack, so now I make sure I’m holding someone’s hand first.

I have been to Forks, Washington, for a screenplay I wrote about a logger. I’ve been to New York, which I didn’t know was really research at the time, but my main character in 50 ACTS OF KINDNESS lives in New York, so it worked out well. Most of my research is online. I know more about the band Nirvana than anyone I know.

I love to eat raisins on peanut butter toast. Grosses my kids out. So I do it in front of them whenever possible. They have both hated raisins since Junie B. Jones said, “Raisins taste like dirt,” which is what I hear when I eat them.

Wow — two totally different ladies. Faith Hill, probably, but I do like Lady Gaga when she is old school. I like both their personas. Strong ladies.

Edit, persevere, stay true to yourself and then edit more. 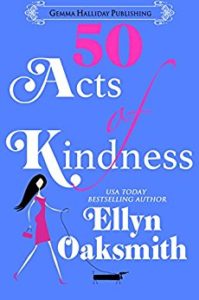 My heart clutched. I needed a cigarette. Now. “Whatever happened to any publicity is good publicity?”

He ignored my lame joke. “She’s threatening to file suit. I checked with legal. We can tie her up in court but the claim is legit.”

I inhaled sharply, forgetting, in my growing panic, to exhale.

“S-s-suing us?” Great, now I was stuttering.

“You called her fat. She says you created an unhealthy work environment.”

My jaw dropped. This was not the time to point out that, as a former chubette, I never, ever use the F word. “The operative word here is work. I was running on vapors.”

Bob got up, looked out the window at his fabulous view. “Stella, by the way, corroborates everything you’ve said.” My eyebrows shot up in alarm. “Yes, I’ve talked to her. I’ve talked to a few people but the point is that sooner or later we all have to deal with this. Pregnant women deserve—” He stared off into the silver buildings, the cloudless sky. When I entered, the view felt empowering. Now it was an invitation to jump. “Latitude. We are a family friendly company.”

I snickered bitterly. MLJK years were dog years. Most of the senior partners were divorced. “And what about women who aren’t ever going to have children? We just put up and shut up?”

He gazed at me, his eyes weary. “Come on. You’re what, not even thirty? You don’t know that.” Bob was still in his marriage of origin.

“Look at me Bob. My relationships have the longevity of a fruit fly. I have nothing left at the end of the day.”

“Maybe it’s time to branch out.”

Clearly he pitied Betsy. It was time to grab the controls. “I can fix this. I can smooth things out. Get my assistant her own assistant. At least until she’s had it.”

“Did I say ‘it’?” I’d been talking so quickly. Had I just made a tactical error?

“Yes,” Bob said quietly, losing his starch. Crossing his arms he glanced at a framed photo. A gap-toothed pig-tailed toddler on a swing, pushed by his beaming, very pregnant wife. “You’re going to have to leave until this dies down.”

For a second I felt nothing but a weight pressing on the top of my head, a dull ringing in my ears. “This isn’t Survivor. You can’t let random strangers on YouTube vote me off because I lost my temper.”

The CEO? I was in a tippy canoe and by golly, there went my paddle.

I made a tiny bubble of an objection as I sank. “She wasn’t doing her job.”

“Effective immediately,” he said. I knew what preceded those two words. Terminated.

This wasn’t a break.

50 ACTS OF KINDNESS, a Gemma Halliday Publishing release, may be purchased through these and other retailers: Amazon, Barnes & Noble and Books-A-Million.

Ellyn Oaksmith is the USA Today best-selling author of 50 ACTS OF KINDNESS, FAMILY SECRETS, FUNNY IS THE NEW SAD and ADVENTURES WITH MAX AND LOUISE. Ellyn’s upcoming book, (late 2017) is CHASING NIRVANA about a girl who tries to get Nirvana to play at her prom. Her work in progress is based on a story set in 1927 when Ellyn’s Nana kidnapped a baby. Ellyn lives in Seattle, Washington, with her family where she spends as much time as possible in or on the water or with her nose in a book. Connect with Ellyn through these social-media channels: Facebook, Instagram and Twitter.