I’m so glad you’re here. You might not know this about me, but I come from a newspaper background. For this reason, I am happiest when offering the biggest news on Page 1. So here it is. Count on my Home Page for up-to-date news on my book adventures. (Some movie stuff, too.) Read on and sign up for my newsletter if you’d like to get the news first.

Update on my WIP 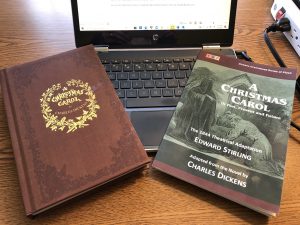 I don’t want to give too much away about my WIP (Work-in-Progress), but I can tell you it’s beginning to look a lot like Christmas around here. I love writing Christmas books, which you might have guessed by looking at my Books Page. This one is a blast to write. I created fun Pinterest boards for it and even built a Spotify playlist.

Here are some of my fun research materials for this one. Write on!

Returning to the world of Colton

I’m thrilled to announce that I’ll be writing for a third time in the Colton World, this time in the Coltons of Colorado: Ultimate Justice series for Harlequin Romantic Suspense. My story, Book 11, in the series of 12, will be released in December 2022, just in time for Christmas. I’ll let you know more about this one when I know more. 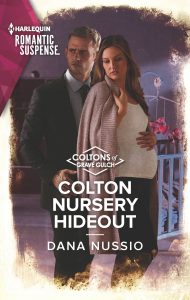 I’m so excited to share my newest addition to the world of the Coltons with all of you. It released March 1, 2021.

COLTON NURSERY HIDEOUT, Book 3 in the Coltons of Grave Gulch continuity series, is the story of two executives for whom one night of passion changes everything. Announcing her pregnancy to her co-CEO is the last thing Tatiana Davison expected to do on her first day at Colton Plastics. Especially since Travis Colton is both the baby’s father and the man who rejected her. Travis in no more shocked by the news than by his fierce feelings of protectiveness over Tatiana, who brings danger, along with her technical skills, to his growing company. Presented with the family he never knew he wanted, can Travis guard his heart while shielding Tatiana from the media, her serial-killer father, and the copycat killer threatening her and their unborn child?

I had so much fun collaborating with my fellow authors in this 12-book series. I hope you enjoy the books too.

You can find a copy at your local store along with these online retailers: Amazon, Barnes & Noble, Books-A-Million, and Harlequin.

Christmas has come early this year with the Love Inspired re-issue of my holiday book, HIS CHRISTMAS BRIDE, alongside DECK THE HALLS, by Arlene James. The book will be released Nov. 30.

The collection will be sold in stores and through online retailers. Pre-order your copy here:

A Hickory Ridge Christmas reissues in time for Christmas 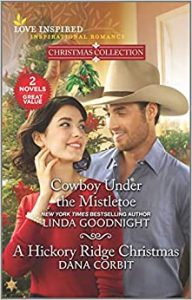 Just in time for Christmas, one of my favorite novels, A HICKORY RIDGE CHRISTMAS, has been reissued in a 2-in-1 Christmas Collection from Harlequin Love Inspired, alongside COWBOY UNDER THE MISTLETOE by New York Times bestselling author, Linda Goodnight. If you love reunion romances, you’re in luck with both of these stories. I have had so much fun revisiting the heartbreak and the healing of Hannah and Todd’s romance.

Here’s the back-cover blurb for A HICKORY RIDGE CHRISTMAS.

Hannah Woods had been the talk of Hickory Ridge five years ago. Her daughter was the light of her life, though Hannah was unable to forgive the one who’d loved her—and then left. Now Todd McBride was determined to find the woman he still adored and ask for a second chance. But Hannah’s secret—a child he’d never known about—threw his plans into a tailspin…

Get your copy in stores or through these and other online retailers: Amazon, Barnes & Noble, Books-A-Million, Harlequin, Target, and Walmart. 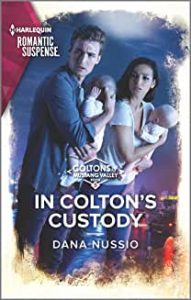 I was thrilled to learn that my March Harlequin Romantic Suspense, IN COLTON’S CUSTODY, made the Publishers Weekly Bestseller List. The story came in at #24 on the Mass Market Frontlist. It was such an honor to have my story listed alongside books by great authors including Debbie Macomber, James Patterson, Raeanne Thayne and Dean Koontz.

IN COLTON’S CUSTODY is the story of two single parents, whose worlds are upended when they learn the possibility that their infant daughters were switched at birth. The possibility rocks Asher Colton, the manager at Rattlesnake Ridge Ranch, as it’s the second time such a claim has been made in his family, and the first turned out to be true.  The only worse thing for daycare center owner Willow Merrill than dealing with the possibility of losing the child she loves is learning that the parent of the other infant in question is a Colton, the family she has every reason to despise.

This book was released March 1, 2020, and is available from these and other retailers: Amazon, Barnes & Noble, Books-A-Million, Harlequin.

Novella released as TV movie, Baby in a Manger

It was such a wild ride watching BABY IN A MANGER, the TV movie from Canadian studio, Brain Power Studios, based on my Harlequin novella, “Child in a Manger.” The story, part of the two-in-one novel, A FAMILY FOR CHRISTMAS, from Harlequin Love Inspired, was directed by Justin G. Dyck and adapted for the screen by Keith Cooper. 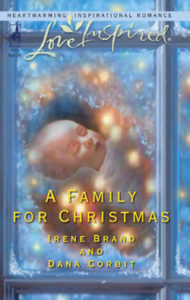 played out out on the small screen. I even have a writing credit on the International Movie Database.  (Another check on the Bucket List.)

I had so much fun getting to know the lovely Canadian actors, Monica Knox, Michael Morrone and Caylin Turner. Monica and Michael even helped me to promote the U.S. premiere of the movie.

The trailer is below. Copies of the movie DVD are still available for order here: Amazon, Walmart.