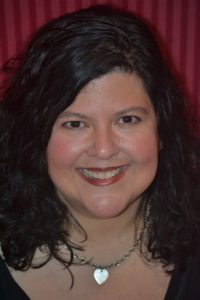 Growing up, I was definitely the Marci to the Peppermint Patty. But now that I’m older, I’d want Sally as my best friend. She’s optimistic, sweet, and a romantic.

I’d been planning on writing a straight suspense novel, but it has two romances running through it, so now, I’m not sure what it’s going to be. All I know is I’ve never written anything like it before.

My first book was published in 2012, but I’m not sure I’ve accepted that I’m a writer yet. No matter how many books I write, I still feel like a fraud.

I haven’t watched Jeopardy in years, but I’ve never even seen any of the Real Housewives. These days, I don’t get a lot of time to watch television.

I always write a full chapter by chapter synopsis before I write a manuscript. Then it changes as I write. But I need a road map, especially for my erotic-suspense novels.

I do love Sam Elliott, but I’ve got a huge crush on Tony Stark. Who doesn’t love a billionaire techie superhero?

Um…I’d have to say all of the heroes from my Benediction series. My husband is a beta all the way.

The Great Gatsby, both book and movie (the original). Robert Redford as Gatsby? Sigh. I still have a crush on Redford today because of that movie and “The Way We Were”.

Finding out that I had two offers for my upcoming Forbidden Lovers series and having to choose between them. It was also one of the most difficult decisions I’ve made as an author.

I wouldn’t have a career without it. Not that I’m great about posting. But it’s been a great way to connect with readers.

I’m an iced coffee with almond milk and popcorn kind of snacker. Kale and edamame does not belong in the snack category.

The hardest? The words. The easiest? Writing “The End.” Every part of it is difficult. But worth it.

The Rolling Stones. Hands down. I find myself singing “Jumping Jack Flash” and “Honkey Tonk Woman” at random times. Love them.

Don’t be in a rush to publish. Know both the market and craft before you query or hit publish.

I would go to England, Ireland, and Scotland. My friend lives in England, and ever since reading Nora Roberts’ Irish Born Trilogy, I’ve wanted to visit Ireland. Now I just need several thousand dollars and time. 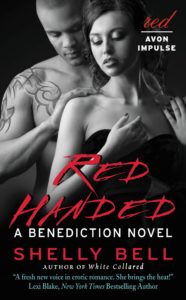 It had been years since she’d heard that voice, and despite it belonging to her dangerous adversary, her body reacted exactly the same. As if he’d placed his hands on her skin and caressed her naked flesh, not sparing an inch.

Adrian motioned with a wave of his arm for her to enter first. Somehow, she managed to put one foot in front of the other until she stood inside Cole DeMarco’s lair. Its chocolate walls, the walnut furniture, and the flickering flames coming from the fireplace gave the first impression of a homey, comfortable room similar to her father’s before the FBI had raided it and cleaned it bare.

Her gaze fell on the man who’d haunted her in dreams and tormented her in nightmares. He didn’t get up to greet her. Didn’t welcome her with a smile.

From behind his desk, he sat tall in his chair, his muscular, tattooed arms folded in front of him. His brown eyes narrowed, and he scowled at her.

Her swallow caught in her throat. What could she possibly have done to anger him? She’d only just arrived. Besides, she never elicited a strong reaction out of anyone. She usually faded into the shadows.

His simple black T-shirt stretched tight over a broad chest, each inhalation giving her a glimpse of the muscles underneath. He’d shaved his head clean and grown a short goatee, hiding the dimple in his chin she’d adored from afar as a teenager. He looked even better than she’d remembered and every bit as dangerous.

RED HANDED,  a Benediction Novel from Avon Red Impulse, may be purchased from these retailers: Amazon, Barnes & Noble, Books-A-Million and iBooks.