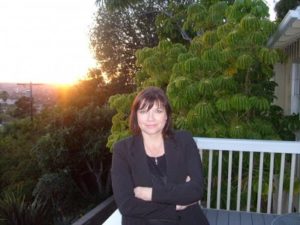 I would like to be portrayed by Renée Zellweger. She seems to understand chaos. If Madelyn Khan were still alive, I would more likely be portrayed by her as the drama queen.

The thing that has changed the most is social media. There is more exposure than ever, and if you’re not paying attention, you’re going to miss something.

I never, never take a peek at the end. Reading a book from beginning to end is part of a journey I take with the author.

I talk about my characters as though they are real. I give them a life of their own. They are very real to me. My family thinks I’m crazy. I don’t disagree with them.

Currently, I’m published in paranormal, historical romance, but in the next two years I hope to be published in suspense.

Brad Pitt he is aging beautifully. David Beckham is young enough to make me feel like Mrs. Robinson.

The first book in my series, IMMORTAL LOVE.

I have a black one. I have managed to kill everything I attempted to grow. Thank goodness I live in a condo.

I decided to be a writer when I got my first computer. There were blank pages calling to my imagination.

Antique Roadshow. I love the unexpected treasures people were hanging on to and had no idea what it was worth.

“Piano Man” by Billy Joel. Every time I hear it, I just have to sing.

My biggest strength is character development. I have to use an outline to tackle the events that get them from point A to point B.

It has to be Left, Right, Center. I suck at Scrabble. It’s a shame to admit for a writer.

That they love the characters and their journey that brings them together. 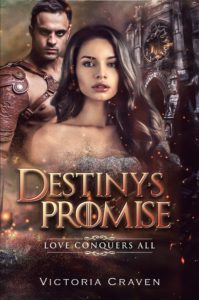 He carried Carina to her chambers and laid her limp body on the bed. She was growing cold. His mind reached out to listen to her heartbeat. It was slow but steady. He piled blankets on her and stirred up the embers in the hearth adding new logs.

He sat back down on the bed and rubbed her cold hands. “Come on Carina, wake up.” She was barely breathing. He shook her shoulders, “Come back to me, sweetheart.”

Kiera ran through the door. She looked at Carina on the bed. “What happened?”

“We were talking then all of a sudden she collapsed.”

“Let me see what I can do.” Kiera took Carina’s hands and closed her eyes. Soon color returned to her face and her breathing was more audible.

Arelia placed her hand on Carina’s head. “She’s coming out of it.”

Fury burned inside of him. The table began to shake. Eleanor turned to him. “You better get out of here before you hurt someone.”

“That’s exactly what I plan to do.” He ran out of the room and headed for the stairs. He took them two at a time, then out of the Great Hall and headed toward the Golden Goblet. He could feel the energy building inside him, and his fingertips tingled.

“Why, my Lord to what do I owe the pleasure.”

“I want you to stop doing what you’re doing to Carina.”

She said it with such finality, his temper flared, shattering the mirror on the wall. “Don’t test me, Disa.”

Another bolt hit her wall and it began to crack again. With one final push of energy he’d broken through and her protection spell shattered, blowing her back on the bed.

He closed his fists and walked over to her. His face merely inches from hers. “Leave now,” he said with a deadly growl, “or so help me God, I will make you suffer.” Then stormed out of the room.

DESTINY’S PROMISE, Book 3 in the Love Conquers All series, is a March 7, 2017, release from Tell-Tale Publishing. It may be purchased from Amazon.

Victoria Craven was born to tell stories. Throughout her childhood she was a daydreamer. Growing up, she told the most outrageous tales to her friends that got her in trouble now and then. She escaped the mundane to live in her fantasies: She was a mermaid, a princess, a spy, and an explorer trekking across the tundra in Antarctica. Even as an adult, she saved just a little part of herself to drift into her dream world.

Then one day she said to herself, “I’m going to write a book,” and that’s what she did. She had no idea what it took to be a writer, thinking all you had to do was add some words and ideas to a page and poof, a book, and every word was golden. What a rude awakening when her writer friends took her into the light and showed her just how much she had to learn. That process is still going on today!

Victoria has published the first three books in a historical paranormal series, Love Conquers All.

Currently, she resides in the Grand Rapids, Michigan, area with her wonderful husband, who spoils her rotten. And from time to time is her critique buddy.  She is the mother of three beautiful daughters and grandmother to four wonderful grandchildren.

When she isn’t writing, she doting on her grandchildren, curled up on the couch with her husband, or having a sleepover with her best friends.

And she still saves just a little bit of her life for those daydreams.