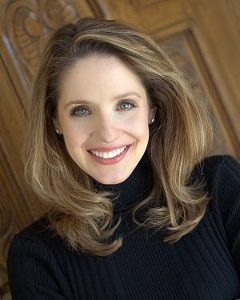 The Bangles, Destiny’s Child, or the Supremes. As the mother of three daughters and the author of books about “strong women of ALL ages”, I’m all about Girl Power.

That I wasn’t a writer but a storyteller. It took me a few books to fully understand that the words I put on the page and characters I pull from my heart are not mine. They belong to my readers who complete the storytelling process. In other words, my books mean nothing without readers.

Adam Levine, mostly because I adore the movie, Begin Again. Great music, fascinating characters, and a triumphant story of art and the artist.

Green smoothies for the win! I’ll boost them with hemp, flax, or chia seeds and mix up texture and taste with everything from avocado and mango to cucumber and ginger.

The Popularity Game, a 50,000-word YA novel about a nerdy honors student who finds herself transformed into one of the highest rollers in her high school’s “popularity game.” My tagline for this Cinderella story read, “Games are not a reality. They are play. There are make-believe. And in make believe, no one really gets hurt.” Makes me cringe now.

Kristin Hannah. THE NIGHTINGALE was one of the few novels I’ve read in the past two decades where I literally got lost in a story. I even remember the exact line in chapter one that captured my heart and wouldn’t let go: “The stairs unfolded from the ceiling like a gentleman extending his hand.” (Catch me while I swoon, okay?)

Morning glory, here. I do yoga, walk, and prep meals all before 6 a.m. With my head and body engaged, I’m ready to write. Don’t be too impressed. I’m toast by late afternoon. I once told one of my daughters who needed help with homework, “I don’t do math after 5 p.m.”

Junior high? Um, no. Let’s not talk about that.

Cooking and, more recently, gardening. There’s a surprising amount of creativity required in gardening, like what to do with sixteen heads of cauliflower that ripen at the same time.

I’m an aspiring minimalist, so I don’t do much shopping. My goal: to live more with less. Right now I own about 100 pieces of clothing, including shoes. Light feels so good!

An agent once told me to make a manuscript “perfect”. This advice sent me into a tailspin. After a period of angst and un-productivity, I realized there is no such thing as the perfect word, perfect turn of phrase, or perfect execution of story. What seemed “perfect” one day didn’t cut it the next. I learned that I must stop tinkering, put the story out there, and celebrate.

Neither. I don’t watch much TV.

Eight books published, including two young adult books, three romantic thrillers, and three mysteries. In a perfect world, I’d stick with one genre, but my heart tells me otherwise. Books in the dungeon: six. I’m fairly certain a few of those beasts will eventually see the light of day.

Developmental edits on my third Apostle book, THE BLIND. In THE BLIND, my heroine Evie Jimenez, a fierce and feisty FBI bombs and weapons specialist, tracks down a serial bomber. My beloved Evie was such a strong, fascinating woman, that she took over the story.  The hero appeared in only about one quarter of the book. Not good considering this was a romance!

I can’t pick a favorite book, but I can pick a few favorite characters. Favorite villain: The Gravedigger, the serial killer from my romantic thriller, THE BURIED. This villain’s backstory was so heart-breaking that I cried when I learned what turned this particular character into a killer. Favorite heroine: Det. Lottie King from my latest mystery series. Lottie is a hard-nosed homicide detective and a soft-hearted Grandma. She showed up in one of my Apostle thrillers and would not shut up. I finally gave her her own series, which I lovingly call my “Grandma with a Gun Mysteries“. 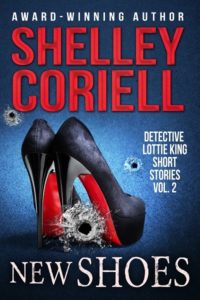 Lottie reached for the shoe box on the top shelf. One shoe tumbled toward her; the other fell behind the shelves.

“Don’t even think about trying to escape,” Lottie told the runaway shoe. “I used to catch serial killers for a living.” She nudged the wood with her hip, inching the shelf away from the old brick wall. She jabbed her foot at the sandal. Wood dug into hip. Rough brick bit into her butt. Her toes stretched and strained. Closer. Closer. Her big toe brushed the sandal strap. Just another half inch and—

Lottie jumped back just as the shelves careened forward. Bricks loosened and fell to the ground. Shoe boxes rained down on her head and shoulders. The unit crashed to the floor, a cloud of dust and grit peppering Lottie.

“Oh, dear,” the shoe store clerk called out. “Would you like a hand?”

Lottie waved away the dust then froze. “Looks like I already got one.”

For poking out of one of the holes in the old brick wall was a human hand.

Shelley Coriell is an award-winning author of mysteries, romantic thrillers, and novels for teens. Her debut thriller was named one of Publishers Weekly’s Best Books of the Year, and her other novels have been nominated for an RT Reviewers’ Choice Award, Best Paperback Original of the Year from the International Thriller Writers, and a Kirkus Recommended Read. A former magazine editor and restaurant reviewer, Shelley lives in Arizona with her family and the world’s neediest rescue Weimaraner. You can find her at www.shelleycoriell.com or connect with her through these social-media channels: Twitter, Facebook and Pinterest.