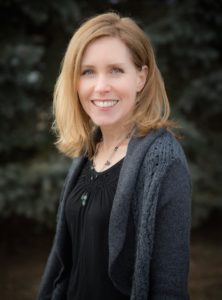 Oh my, I can’t even answer the first question without doing research! I’ll go with the obvious – Alice – because I get confused and stuck multiple times during the process of writing my novels.

No, in early drafts my characters might have a trait or experience from a real person in my life (or myself), but through revising they grow into someone completely new with their own personality and history. That doesn’t stop my friends and family from constantly guessing who is based on who in my stories though!

Lenny! I saw him in concert at the Filmore in Detroit a few years ago. It’s a small venue, and he left the stage and roamed through the audience. Incredible show.

Stiletto heels, hahaha. I have a pair of flip flops with a bit of a heel…

I’ve received such heartfelt letters from readers who have related to my character’s journey – especially the grief of moving across country and having to start over. But the most unusual comment was from a 90-year-old grandmother. The letter arrived in the mail on stationary, and I could hardly read her handwriting. She wrote, “I’m not a rock climber, but I do like rocks.” And then she went on to tell me about her experience growing up on a farm that had a ton of rocks which they used to build structures, walls, fences, etc. I was so touched!

I keep notebooks everywhere – on my desk, next to my bed, in my car. When I have an idea about my current project or a new one, I jot it down. If I don’t, it’s gone – poof!

Maya Angelou – I was fortunate to see her speak many years ago when I lived in California, and I named my daughter after her.

Marcus Zuzak – I recently re-read THE BOOK THIEF, one of my all-time favorites – narrated by Death as a character – how did he come up with that?! Such a powerful, moving story.

Eight years old. I wrote a poem in 3rd grade, “If I Could Fly”, and it won a contest. I got to read it in front of the entire school and go to a Young Authors event where I met real authors and got their signatures.

I have terrible allergies and asthma, so I thought I could never have a furry pet. My daughter researched hypoallergenic/non-shedding dogs and begged for nearly ten years before I finally caved. Henry is a two-year-old Bichon-Poodle, and we have a new puppy too – Harper, a Havanese-Poodle. We love them so much – I wish I had done it sooner!

Is there any such thing nowadays? I am amazed and inspired by the depth and honesty and topics explored in the young adult novels currently being published.

I really grew to care about Cara in THE ART OF HOLDING ON AND LETTING GO. She’s an introverted, nature lover like me, but much more confident and brave.

Sixteen years ago, before we became parents, my husband and I traveled to Bhutan, a small country in the Himalayas by Nepal and India. At that time, the country was still very traditional and just beginning to open up to the Internet, etc. We spent one day hiking up a mountain and slept at a monastery. The peace and beauty of the next morning’s sunrise with the monks chanting will always be with me.

X: A NOVEL by Ilyasah Shabazz, Malcom X’s daughter, and Kekla Magoon – it’s captivating. Two completely different, but completely satisfying stories that I read in recent months are THE TEA GIRL OF HUMMINGBIRD LANE by Lisa See and THE HATE U GIVE by Angie Thomas.

I have a New Adult novel in progress that I’ve abandoned many times, stuck in the middle, unsure where it should go or how it should end. After discussing it with my agent, I think I should stop trying to make it NA. My voice is more YA, and books like FANGIRL by Rainbow Rowell are showing me that you can have slightly older, college-age characters in a YA novel.

Speaking at the NTCE/ALAN annual conference in Atlanta to a room of 500 teachers/librarians. I was so honored to be invited, but intimated to be amongst so many of the acclaimed authors I’ve admired for years. But of course, everyone was so nice and welcoming. 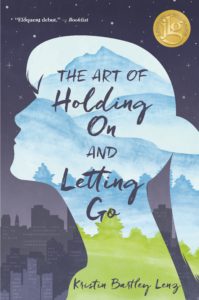 The Art of Holding On and Letting Go

I want to stand as close to the edge as I can without going over. Out on the edge you see all the kinds of things you can’t see from the center. —Kurt Vonnegut, Piano Player

The waiting was the worst. I gripped my worry stone from Uncle Max, turning it around and around in my hands. My fingers probed its golden grooves and contours. The sharp edges shimmered.

My teammate Becky sat next to me in the isolation tent examining her red, white, and blue–painted nails. It was the second day of qualifying rounds, and we’d been waiting two hours for our turns to climb. Tiny stars dotted her thumbs. I didn’t understand why she bothered—the polish always chipped by the time she finished her climb.

My own nails were cut as short as possible, my fingers rough and calloused. A crosshatch of red lines spread across the back of my right hand where I had wedged it into a crack last week, the rock scraping my skin. I couldn’t tell yet if it would leave a scar like the other white marks on my hands, the crooked gash on my thumb, my pitted palm.

“Ugh,” Becky said. “I want my phone. Seriously, I’m, like, twitching. Look.” She pointed to her eye.

“Maybe you got mascara in it.” Her lashes were so clumped and coated, they looked fake.

She’d scrolled through her phone at breakfast, tilting it toward me so I could see the picture of her hand placed over her heart like she was reciting the Pledge of Allegiance. She’d managed to display our USA team logo, her cleavage, and her patriotic nails all in one close-up shot. Four hundred likes.

No phones allowed in the tent, and no checking out the routes before we climbed; the canvas walls blocked our view of the competition area. A collective groan came from the bleachers outside. Someone had fallen.

“Another one bites the dust.” I tumbled the stone faster and faster in my hands. I swear I could feel its heat, its fire.

“It’s pyrite. Fool’s gold,” Uncle Max had said. “Named after fire. It’ll spark if you strike it against steel, so they say. Want to try?”

For the rest of the day, we struck it against anything metal we came across—tent poles, car rims—startling ourselves and giggling every time we saw the tiniest spark.

THE ART OF HOLDING ON AND LETTING GO, a September 2016 release from Elephant Rock Productions, Inc.,  may be purchased through these retailers: Amazon, Barnes & Noble and Indie Bound.

Kristin Bartley Lenz is a writer and social worker from metro-Detroit who fell in love with the mountains when she moved to Georgia and California. Now she’s back in Detroit where she plots wilderness escapes and manages the Michigan Chapter blog for the Society of Children’s Book Writers and Illustrators (SCBWI). Her debut young adult novel, THE ART OF HOLDING ON AND LETTING GO, was a Junior Library Guild Fall 2016 Selection and was chosen for the Great Lakes Great Books 2017-2018 state-wide literature program. Learn more at kristinbartleylenz.com and find her on Twitter and Instagram.