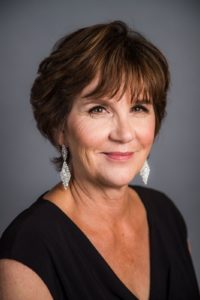 My family would call me the White Rabbit, because I’m always whining about being late. Personally, I feel like the Mad Hatter—a little crazed.

I channel lots of people I know, but not purposely. They just kind of show up. One of my bull riders grew rather snide and full of himself after I binge-watched the Iron Man series while writing him.

I love to dress up! The hardest part about retiring and moving to the ranch is that I have nowhere to wear my fancy clothes! I save them for when I visit my kids in Reno and San Francisco, and for RWA Nationals, of course.

This wasn’t in a fan letter, but one of my friends asked his wife which of their neighbors lost his backhoe in a fire, and she had to gently tell him that he was thinking of a scene in one of my books. (We do have a lot of range land fires, so it could have happened. 😊)

I write the first few pages of that story, then go back to it later. I’ve turned a lot of those quick-writes into books.

When I was in sixth grade, my teacher was overwhelmed (polite description). She wasn’t very good at teaching math or English, but she could certainly assign creative writing. I wrote a lot that year and discovered that I liked to tell stories.

Pet lover—there’s a cat on my lap right now. I have three cats, two dogs, two birds, three ponies, three horses. We have a bunch of cows. They’re not pets—they’re a little ornery, to tell the truth.

Hard question, Dana! I don’t think this is off limits, but there aren’t enough heroes and heroines with some serious age on them, and I’d like to see more body types included in mainstream fiction.

Brett Bishop, hero of my third book, THE BROTHER RETURNS. He was also my editor’s favorite, and the book has been reprinted, so I think he is one of the special ones.

Vacation? What’s that? My husband and I have never taken and actual planned vacation that wasn’t tied to something else. However, when I was in high school, my dad ran a geological exploration camp in the Alaskan Arctic, so I spent part of two summer vacations in the Arctic. It was an excellent experience.

I’m reading STILL KICKING by Judith Arnold. She’s a former Superromance author, you know. The best book I read in a long time is RODEO DREAMS by Sarah M. Anderson.

My current book is beating the you-know-what out of me. As far as I know, my wonderful editor will help me make it to the end. In general, the hardest books are those in which your characters confront issues you have a hard time facing yourself. When I write books like that I always ask myself, “Why?!” 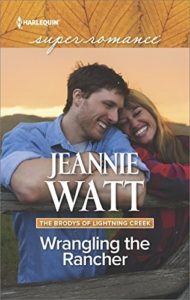 Call. Get it over with. Tell Grandpa the truth.

But since Taylor had rarely given her paternal grandfather anything but good news, this was not an easy call. She needed his help.

No. She needed to be bailed out.

Taylor’s throat started to tighten up as she reached for her phone, which was wedged under sixteen pounds of sleeping cat. Max twitched an ear as she tugged the phone out from under him, and then he stretched out to his full length. Telling herself that Max was a big eater so she needed help as much for him as for herself, Taylor dialed her grandfather’s number. It rang four times, which was the norm.

Taylor froze at the unfamiliar voice, deep and somehow commanding, then held her phone out to check the number. The word Grandpa showed on her screen. Right number. Wrong voice. “Uh…hi. I’m trying to reach Karl Evans.”

There was a brief pause, and then the man said, “What’s your name?”

None of your business. Taylor bit her lip. In this day and age, how much information could she afford to give? “Could you please give me the number where I can reach Karl?”

“You don’t have his cell number?”

“My g—Karl doesn’t have a cell phone.”

That was news. “Then give me the number.”

“Then why don’t you know that your grandfather has a cell phone or that he moved?”

“Tell you what…you leave your name and number, and I’ll pass along the message.”

Taylor pressed her lips together to keep from telling this guy what he could do with his suggestion. “Tell my grandfather to call me. I’m his only granddaughter, so there shouldn’t be any mix-ups.”

“That,” the man said softly, “doesn’t speak well for you.”

Then, before she could suggest he take a flying leap, he ended the call, leaving Taylor staring at her phone.

What had just happened?

And more important, who was this guy and where was her grandfather?

WRANGLING THE RANCHER, part of The Brodys of Lightning Creek series and a Sept. 1, 2017, release from Harlequin Superromance, may be pre-ordered through these retailers: Amazon, Barnes & Noble, Books-A-Million, Google Play, Harlequin, Itunes and Kobo.

Jeannie Watt has written more than thirty books, twenty-two of which are Harlequin Superromances. She recently retired from teaching and moved from her northern Nevada home to the family ranch in Montana. When Jeannie isn’t writing, she enjoys hunting down vintage sewing patterns on eBay, sewing retro fashions, making mosaic mirrors and tending to her many animals. You can find out more about Jeannie and her books on her website, www.jeanniewatt.com, or through her Facebook author page, Facebook personal page or Twitter.