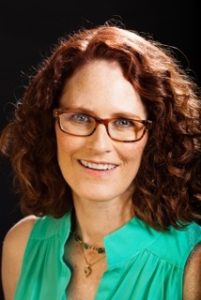 If I knew the parachute would really open, I’d be jumping with my eyes closed.

Claire from my second book, A SHELTERING LOVE, is most like me. She is earnest and a bit naïve. My heroine from the book THE COWBOY TARGET, Jackie, is tough and brave and bold. I’m not.

3. What is your favorite writer’s “uniform”, and how much do you love that you get to pick it out?

I love to exercise, but I don’t make enough time for it. When I do exercise, I love to dance, go for hikes, and do Pilates and Barre3.

7. Name a talent you have that your readers might not know about?

Not sure I have any.

I’m a heavy plotter, and forms are my BFF’s.

That’s a hard decision, they are both hotties. I will watch any movie with either actor and would love to meet them.

I would listen to my college professor who encouraged me to pursue writing.

My preference would be dinner out and dancing. I love to dance.

I have several but deadlines keep me from writing for myself.

14.Were there other authors who helped you along the way on your writer’s journey, and how did they make a difference for you?

There are so many author friends who’ve made a huge impact with their support and encouragement.

When they were within shouting distance of the rocks, Leo noticed fishing poles and a tackle box. This must have been where Alicia and her son had been when they’d seen the killer.

Alicia pointed upstream and yelled, “He came from that direction and stopped about three hundred and sixty feet straight out from here.” She gestured to the rocks beneath her feet.

“That’s helpful and gives us a place to start.” Leo stared, admiring the pretty lady. Her hair lifted slightly in the wind that had kicked up. Sunlight reflected in her piercing blue eyes. “You and the officers can head back to the station.” He didn’t want her here to see the body when they found the victim.

Alicia shook her head. “I want to make sure she’s found. Someone has to stand up for her.”

Respecting her decision, he saluted her then turned to Craig. “You heard the lady.”

Craig slowly turned the boat toward the middle of the river. True stood on the bow, his head up, gaze alert. Leo tuned into the dog’s nuances the farther away from shore they traveled. He documented the time and distance from land on the notepad he carried. They circled the area where Alicia had pointed. True showed no signs of alerting.

Since the body hadn’t been weighted down, it most likely had been swept along by the river’s current.  Craig zigzagged the boat from one shore to the other, moving farther and farther away from the spot. Leo wondered if maybe the suspect had come back and removed the woman’s body. Frustration curled in his stomach.

Then True shifted. He licked his lips and shuffled his paws, clear signs he was picking up a scent. Leo’s pulse jumped. The dog’s tail went down as he craned his neck, dipping his nose toward the water. He pivoted, and then leaned over the starboard side. Keeping his snout at the surface of the water, True walked the length of the boat and stepped easily over the bench seat.

Anticipation revving through him, Leo gestured for Craig to make a slow turn. True retraced his steps, barking an alert. He scratched and nipped at the water. Knowing the animal had scent glands in the roof of his mouth, Leo interpreted these actions as the sign this was the spot.

Leo nodded at Craig, who shut off the motor, then strapped on a buoyance compensator, his mask and oxygen tank. The man sat on the side of the boat and fell backward into the water. True barked and lunged for the water. Leo continued to hold him back.

Leo and True both watched the surface of the river. Leo pulled on latex gloves in anticipation of handling the body and prepared the large, waterproof plastic body bag. His gaze darted back to the shore, where Alicia stood sentinel on the rocks, flanked by the two officers.

She held her head up and her shoulders back like a fierce warrior. She was tall and so very appealing. He admired her commitment to being a voice for the victim. Most people would want to bail the second they could. Not Alicia. He liked that about her.

GUARDIAN, an April 2017 released from Harlequin Love Inspired and Book 1 in the Classified K-9 Unit continuity series, may be purchased from these retailers: Amazon, Barnes & Noble, Books-A-Million and Harlequin.