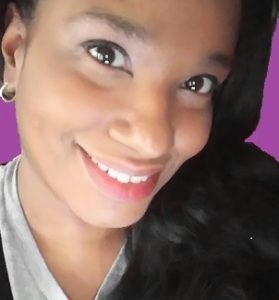 If there is the stuffing, I can’t resist. I’ll get a plate right by itself of stuffing, and then I even bring extra containers because I’m ghetto like that. (And proud of it.) What I won’t eat… chitterlings. Not in a infinity will those things ever touch my lips.

DESPERATION, by Stephen King; SECRET FIRE, by Johanna Lindsey; and BELLE AND THE BEAU, by Beverly Jenkins. My all out favorite is PRIDE AND PREJUDICE by the Godmother of Romance, Jane Austen.

I’d be Fred, the leader of the group. I don’t think I’d be as cool, but I’d definitely be the leader and be able to put together all the clues. I’m pretty good at solving the crimes, but I don’t count myself as smart as Velma.

Jill Scott. Omg, her music makes me want to write love scenes until the cows come home. And I know she’s not a band, but she’s really the only one I’d be a roadie for just so I could go to her concerts over and over again.

DARK FAÇADE. I seriously think that would definitely get you to understand how I make sin look good. And you’ll meet other characters that pop up in other books and really get an understanding you’re not in for a regular read.

I was raised by my father. He wasn’t much of a shopper for anything except when we went into the hardware store. We spent hours in there, but everything else it was in and out. I’m just a devote of comfort with little concern for fashion. If it fits, it’s comfortable and I look decent in it, I’m wearing it.

Oddly enough, I’ve had a crush on Robert Redford since “The Sting” That was the movie that made me fall in love with deceit, con artists and sweet talkers.

Lethal Heart, if I could.

I love to see it snow, but I really hate being outside in the cold. I will tour leaves and Christmas light displays all within the warmth of my car in a heartbeat, with a warm cup of Starbucks Macchiato extra whip and caramel.

“I burned dinner for two nights in a row because I couldn’t put your book down. My husband was angry but I didn’t care. I just needed to know what was going to happen next.” That was so the sweetest. That came from a reader who had picked up HIS SUBSTITUTE WIFE…MY SISTER. 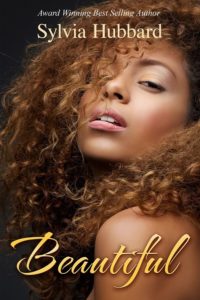 Running to the bus stop, she missed the first bus and groaned, knowing she was going to have to wait for the second one.

“Psst,” someone hissed behind her.

She looked and gasped at the Lincoln, which was parked perpendicular on the side of the abandoned buildings. Turning around quickly, she pretended she hadn’t heard a thing.

In the past, Nikki told her Detroit was strange and to be careful.

Madison tried to fight not looking, but being able to see the driver close up was what she had longed for.

Her curiosity won out. She turned to him and took in his features as she warily walked up to the car.

He was handsome. Too handsome.

“I shouldn’t talk to strangers,” she said sternly.

The stranger cajoled, reaching out to touch her sleeve innocently. “What’s the harm in talking?” His hand moved down to her hand and rubbed on her knuckles.

He was touching her. Were his eyes bad? She wondered. She looked down at her hand where his fingers rubbed against her fingers. “N-No, harm, I guess.”

“How old are you?” he inquired.

Looking back at his face, she answered. “Twenty-eight. Umm, my birthday’s coming up next week.”

She didn’t know why she told this stranger personal information, but she hadn’t told anyone about her birthday coming up, and rambling through her nervousness with a cute guy looking at her so closely made her less anxious.

He licked his thick bottom lip slowly. “Really?” he sounded fascinated by that information. “You on your way to school or work?”

Too nervous to talk, she only nodded.

He chuckled. It was a sensual sound that made her ear drums tingle. “Which one, little girl?”

“S-School… College,” she said trying to correct herself and not seem so nervous.

He gently started to massage her hand. His touch felt like warm electricity. “I could give you a ride,” he offered.

BEAUTIFUL, a July 2017 release, may be purchased through these retailers: Amazon, Barnes & Noble, iBooks, Kobo and Smashwords.

Detroit Author & Founder of Motown Writers Network, Sylvia Hubbard has published over 40 books in suspense romance. As a happily divorced mother of three, Ms. Hubbard has received numerous awards and recognition for her work. An avid blogger, Ms. Hubbard has had five #1 Best Sellers on Amazon. Her current work is called BEAUTIFUL, and she has two more books coming out before the end of 2017. Learn more about Sylvia through her website, www.sylviahubbard.com, and through these social-media channels: Facebook, Twitter, Instagram , YouTube, Periscope, Snapchat and Goodreads.