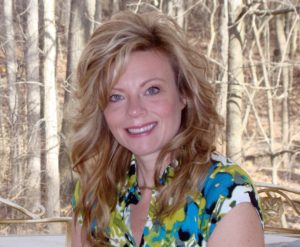 Ferrari all the way!

That I won’t make the deadline.

That the road afterwards is just as rocky and difficult as before you got published; the only difference is now they pay you.

A bag of popcorn.

I made a book of my mom’s recipes and pictures from when we were kids for my brother and me for Christmas. We each have them on stands in our kitchens.

Pitching my first article to a newspaper when I was 11.

Kurt Vonnegut because he makes me think when I read him.

11. What are your favorite activities outside writing?

I do triathlons, so running, biking and swimming.

60+ published. And I don’t know if you ever truly think of yourself as successful. I’m always striving to be better, do more.

Lightning speed so I could get everything done and have time with my loved ones.

Romance, YA, and women’s fiction. Women’s fiction is the hardest because it’s more involved, but the other two are fun. 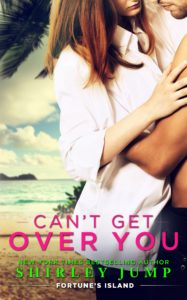 Can’t Get Over You

Secrets were the hardest thing to keep on an island, especially one the size of Fortune’s Island. Jillian Matheson had lived there pretty much all her life, growing up among the small population that stubbornly hung on through the brutal Cape Cod Bay winters. She’d gone to a school that was run out of a converted house, reading Big Red and learning the Pythagorean Theorem alongside the same couple dozen kids from kindergarten to graduation.

In the summer, the population of Fortune’s Island swelled, like a pregnant spider about to deliver thousands of beach-hungry babies. As soon as Labor Day drew to a close, the island emptied out, and life settled down again. After Jillian passed the craziness of her early twenties and grew up a little—okay, a lot—she found she craved the quiet, the…space. The miles of empty beach, the lazy shopping trips with shopkeepers more than happy to pass the time talking about the weather, the late mornings snuggled under the blankets while the wind blew angry breath.

It was also easier to find a quiet place to be alone, which was what had brought Jillian to the rocky outcropping at the southern end of the island today. The beach there tapered down to a smattering of sand, where sharp-edged rocks married each other in topsy-turvy angles. Jillian knew, if she picked her way a few feet further down, she could find one large flat rock, as big as a picnic table, and high enough that the incoming tide never did much more than lick the underside of the stone.

She had spread out a blanket, then settled her acoustic guitar across her waist. She’d bought the Ibanez secondhand in a shop ten years ago, with her first official paycheck from The Love Shack, the cozy seaside restaurant her parents owned. Jillian spent hours on this rock, teaching herself how to read music, how to pick out the notes, and then finally, strumming snippets of songs. It had taken almost a year of these stolen moments against the rocky wall before Jillian had taught herself to play “Hotel California.”

She’d moved through the entire Eagles catalog, then the Beatles, then a little Led, before she got the itch to write her own songs. The first few had been the typical unrequited love/misunderstood teen bullshit most high schoolers wrote about. Like Taylor Swift with a bad attitude. But now, her music had evolved, becoming something that filled her soul, exposed the nooks and crannies that she kept hidden from the world.

This summer, she’d finally gotten serious about her dreams and, in the space of a few days, turned her life upside down and inside out. She’d broken up with Zach, her fiancé, and fired off a college application. For the past month now, she’d been taking the ferry over to Boston three mornings a week to study contemporary music composition at the Boston Conservatory. Before work, she’d steal away to her space under the rock to practice her own songs and study for her classes in music history and theory.

Music was her secret, the one thing she had never shared with her best friend Darcy, or Zach, or her brother—not even with her parents. She sat on the rock and she sang, and she held the secret close to her chest. Doing that made it seem more precious, more…hers.

The Conservatory had allowed recorded audition tapes as part of the application process, and Jillian had done just that, sitting here on her rock, letting her iPhone be the only witness to her singing. Zach would have told her to let her voice be heard, but he’d always been the more outgoing of the two of them. The one who had no problem performing in public.

Zach. He was the last person she wanted to think about. It had been almost three months since she’d given back his ring. After eight years together, he’d let her go as easily as letting the wind catch a balloon. She told herself it didn’t hurt, but it did.

So she wrote about it in songs and told herself she was okay. Totally okay.

Thunder rumbled in the sky, and dark clouds moved across the sun, casting the beach in gray shadow. Rain droplets began to sputter, falling onto the white lined paper before her. Jillian gathered up the guitar and her notepad, then climbed down the rocky path. She jogged up the sandy trail to her car, then stowed the guitar in the trunk, put the engine in gear and took a right, heading toward The Love Shack.

The skies opened up just as she turned onto the road. Her cantankerous Hyundai sputtered and coughed, but kept chugging. Jillian patted the dash. “Come on, Sylvia. Hold on for just a few more months, okay? We had a deal. You make it to February and I’ll use my tax refund to fix you up.”

The rain pounded too fast and too hard for her wipers to keep up. Puddles formed in the road, then spread a river across the rutted worn path. She should have stuck to the main road, but this way was shorter, usually faster. Sylvia shuddered, then the engine stammered. Jillian pressed on the gas, urging the car up a little hill, but the water was pouring down faster than the wheels wanted to go, and halfway up the hill, Sylvia died. Not a slow, quiet death, but a herky-jerky, coughing death spiral.

Jillian cursed and steered toward the side of the road, though the car had already stopped moving. Great. She was stuck here, on this remote road, a mile from work, in a Noah’s Ark-worthy storm. She flipped out her cell phone, and too late realized she’d forgotten to charge it.

She rooted under the front seats, hoping she’d remembered to stow her umbrella, but all she found was a few old French fries and an empty water bottle. Shit.

Guess that meant she was hoofing it. She cursed again, then got out of the car, hunching her shoulders against the downpour, though it did no good. The rain fell in sheets, soaking her hair, running like a waterfall off the end of her ponytail and down her bangs, then streaming down her face. Within seconds, her tank top and shorts were soaked, and her sneakers were sodden. She was cold and wet and pissed off. It was going to be one hell of a long mile.

She broke into a light jog, though for Jillian, about the only running she did was between the kitchen and the dining room at work. She heard the low rumble of an engine behind her, and spun around, thrusting out a thumb. On the mainland she wouldn’t hitchhike, but here on Fortune’s Island, she knew pretty much every single soul.

Almost as soon as she put out her thumb, she put it back down. The low, dark Mustang was one she knew well. As well as she knew its driver.

CAN’T GET OVER YOU, Book 2 in the Fortune’s Island series, may be purchased through these online retailers: Amazon, Barnes & Noble and Books-A-Million.

When she’s not writing books, New York Times and USA Today best-selling author Shirley Jump competes in triathlons, mostly because all that training lets her justify mid-day naps and a second slice of chocolate cake. She’s published more than 60 books in 24 languages, although she’s too geographically challenged to find any of those countries on a map. Visit her website at www.ShirleyJump.com for author news and a book list, and follow her on Facebook for giveaways and deep discussions about important things like chocolate and shoes.