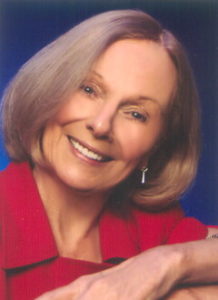 That I’ll forget everything I’ve ever learned about the craft of writing.

The first season of Scandal.  Not to be missed.  Each season after that got progressively sillier.  Or I got jaded.  And all of Downton Abbey.  Devoured it.  Couldn’t get enough.

To have a career plan.

Jack Jones in Las Vegas.  A coveted head table.  My poor husband fell asleep, head back, actually snoring, and Jack Jones was singing “Time To Get Ready For Love”.  He caught my eye, walked down off the stage, and sang it to me, while hubby snored, much to the delight of the entire audience.  As we left later, hubby asked what was so funny as dozens of strangers wanted to shake his hand.

A rabbit fur coat my daughters and I bought my mother.  She opened the box and cried.  (She never cried in public).  Later she put it on and smiled from ear to ear.

Sending off my very first manuscript to a publisher, and living on dreams for months before receiving my first rejection letter.  And then doing it again and again, until I had my first sale.

J.K.  She tapped into the world’s fascination with all things magic, and deserves the success it has brought her.  Plus, I just love her rags-to-riches true-life story.

11 . What are your favorite activities outside writing?

Reading.  I never get caught up. And gardening.  I love digging in the dirt and watching pretty things grow from tiny seeds and plants.

Over one hundred published now, and I still feel like that dreamy mother of five little kids, wondering if I could ever be a writer. I’ll let you know if I ever feel successful.

Speak dozens of foreign languages.  I wouldn’t let anyone know, so I could listen to strangers in elevators and know what they’re saying (especially about me.)

I’ve had both contemporary and historical romantic-suspense novels published, and the historicals take a bit more work since I have to do research on the setting and era. 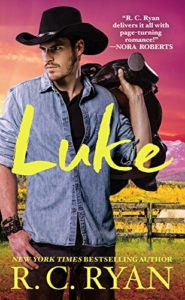 A November, 2016 release from Forever

A division of Grand Central Publishing

…Ingrid’s smile fled and she jerked back.  “Don’t try playing those games with me, Luke.”

“What games are we talking about?”

“You know exactly what I mean.  All those sexy moves.”

“Really?  Sexy?”  He was grinning as he reached a hand to her cropped hair.  “Like this?”

Her chin came up.  “If you want lots of hair, reach for Nadine’s.”

“Is that why you chopped yours off?”  He allowed a silken strand to sift through his fingers.  “To prove a point?”

“Well, aren’t you the brilliant observer.  For the record, there are a lot of things Nadine does that I refuse to do.  I don’t bother with makeup.  And…”

“…and you try to hide your gorgeous body under this bulky shirt.”  He fingered the rough collar.  His smile was quick and charming.  “I’ll let you in on a secret.  It’s not working.”

She slapped his hand away.  “Stop trying to be clever.  I know what I am.  I’m a rancher who’s struggling to stay on the land I love.  A big sister working overtime to raise Lily to be the best she can.”

“You forgot the most important.  You’re a woman.” His voice lowered to a near growl.  “Maybe you’d like to forget that, but it’s impossible for me to overlook the fact that you’re not just a woman but a gorgeous, amazing, very independent one.”

She actually gasped as he leaned close.

“Just so you know, I’m going to kiss you, Ingrid.”  His arms came around her and he gathered her close.

He’d known her lips would be soft and inviting.  Had known it from the first time he’d looked at them.  But he wasn’t prepared for the taste of her.  Sweet, yet tart.  So strong, but he could feel the way her breath hitched, alerting him to her unease.  All woman, and fighting it.

She kept her hands at her sides, refusing to give him any encouragement.

“I won’t do anything you don’t want me to.  So don’t be afraid.”  He spoke the words inside her mouth.

“Just for a moment, Ingrid, let yourself enjoy something.”

She responded with a soft purr in the back of her throat.  For the space of a heartbeat he could feel her relax in his arms as she gave herself up to the moment.

A burst of heat shot through Luke’s veins.  His heartbeat was thundering, keeping time with hers.  He changed the angle of the kiss and took it deeper, until he could actually feel the fire. The ground tilted beneath his feet, and he knew he was losing control.  He hadn’t meant to take it this far.  None of it had been planned.  He’d merely wanted to kiss her, and tease her a little. But now, too late, he realized that one taste of these lips would never be enough.

Luke by R.C. Ryan will be released on Nov. 29, 2016, and is available for pre-order through these online retailers: Amazon and Barnes & Noble.

New York Times best-selling author Ruth Ryan Langan, who also writes as R. C. Ryan, has seen more than one hundred of her fiction novels, both contemporary and historical, published.  Quite an accomplishment for someone who, after her fifth child started school, gave herself the gift of an hour a day to follow her dream to become a published author.

Ruth has given dozens of radio, television and print interviews across the country and Canada, and was quoted in such diverse publications as THE WALL STREET JOURNAL and COSMOPOLITAN.  She had the privilege of being interviewed by radio legend J.P.McCarthy shortly before his death.  Ruth has been interviewed on CNN NEWS, as well as GOOD MORNING AMERICA, and was a guest years ago on DONAHUE.,