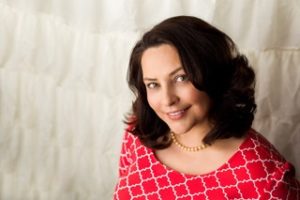 1. If Disney made an animated movie about you as Princess Liz, which Disney hero would you choose as your Prince?

Captain John Smith (Disney Version). Did you know that he named the opossum?

I am published in romantic fiction, and my writing spans the scope from light/fun to emotional/dark.

I quit my job and said I could make it as a writer. Some years that’s been true. Others, not so much.

THE SWEETEST SEPTEMBER by me and OUTLANDER by Diana Gabaldon. My title because it was my RITA finalist, and I love the heroine and hero. I don’t think I have to explain the other, do I? I mean, Jamie. That is all.

Lots upon lots. I learned I wasn’t good at writing queries, and I needed to learn more before I put my work out there as a professional.

Trivia quizzes. I love those!

I’m organic. I write from an outline, but I let the plot unfold in a different direction if need be.

Failure. And I refuse to accept it. I’m stubborn that way.

I’ve interviewed a scientist on whooping cranes, a Mardi Gras float builder and a LSU football coach, and I’ve toured a fire station and ridden in the truck. Oh, and lots more. I love field trips!

I’m not too adventurous with food. I like cheese melted on saltines. That’s boring, but it’s pretty good.

It’s YOUR story, write it the way you want it. 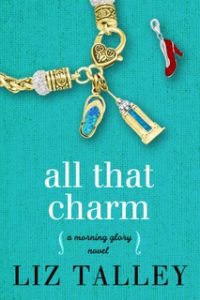 The other girls cast suspicious glances toward Eden. She could feel the questions, the censure, and the incredulity that an untried ensemble member who’d shown up mere days ago might be the one to get the break they’ve all been hoping for. Eden didn’t return their regard. Instead she watched Frenchie. “I’ve been on the stage plenty of times. You saw my audition.”

Eden didn’t add that her onstage experience as Annie Oakley had come when she was a junior in high school. Hey, they’d sold out all three nights, and she’d gotten a nice write-up in the Morning Glory Herald. Not exactly chopped liver.

After long, countable seconds, Frenchie closed her eyes, opened them, and then snapped her fingers. “Get her the costume. Lisa, see if we have a wig. Make it red. Let’s get her as close as possible to Lola.”

“She’s almost a foot shorter than Sadie. No one is going to think she’s Lola LaRue. That’s ridiculous,” one of the ensemble girls said.

“Fine. She’ll be Lulu. Lola’s sister,” Frenchie said with a shrug of one thin shoulder. It seemed obvious the woman had made her decision. “Let’s make this happen. We don’t have time to think too hard. Someone give Fred the intro for Lulu. We’ll need to take a good six inches off the skirt, and someone find a padded bra. If I’m not mistaken, she’s a thirty-two with an A cup.”

“I’m a B cup,” Eden yelled, knowing full well the bra she was currently wearing was a 32 A.

But Frenchie was gone.

ALL THAT CHARM, A Morning Glory Novel Book 3 and a May 2, 2017, release from ARTalley Books, Inc., may be pre-ordered from Amazon.

A finalist in both RWA’s prestigious Golden Heart and RITA contests, Liz Talley loves staying home in her jammies writing emotional contemporary romance. Her first book starred a spinster librarian – VEGAS TWO STEP – and debuted in June 2010. Since that time, Liz has published twenty-one more books with Harlequin, Berkeley and Montlake, reaching number one in Kindle romance with her latest series. Her stories are set in the South where the tea is sweet, the summers are hot and the men are hotter. Liz lives in Louisiana with her childhood sweetheart, two handsome children, three dogs and a mean kitty. You can visit Liz at www.liztalleybooks.com or follow her on Twitter or Facebook to learn more about her upcoming books.