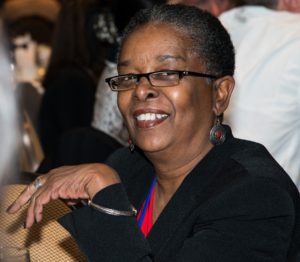 Although I have never parachute jumped, I love to fly, so I’m going to tell myself I’d leap out and shout “Whoo-hoo!” Reality is probably something else entirely.

2. Name a character from one of your novels who is most like you. Now name one least like you. Explain why?

Most like me – before the GPS app WAZE – is Dr. Lancaster in my second novel VIVID. She and her mule, Michigan, are forever getting lost. Least like me, Portia from BREATHLESS. She’s organized. My office resembles a landfill.

Pajamas. One of my neighbors didn’t recognize me in “real” clothes.

Favorite way to sweat – When I realize deadline is a day-and-a-half away.

The ability to trash my entire house with every book I write.

I fly by the seat of my pants and wander around like Moses in the wilderness.

I wouldn’t change a thing. This journey got me here. Any changes and I might have to put on real clothes and leave home every day to make a living.

Michelle Obama. Menu- Ribs, coleslaw and baked beans – because those things are all healthy.

He only visits me in my dreams these days.

Yes – a few in fact. Real life and real deadlines keep screwing up my plans.

Yes, there were and I remember them mostly for their kindness and support. 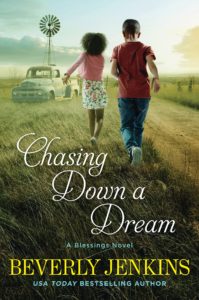 Chasing Down a Dream

Ten-year-old Lucas Herman, riding in the back seat of the SUV with his eight-year-old sister Jasmine, saw her jump with fright in response to the booming claps of lightning outside. She didn’t like storms, never had. But he was the oldest, way too big to be afraid of the violent weather, or at least that’s what he told himself. Hoping his fears couldn’t be heard in his voice, he asked the driver, their Uncle Jake, “Should we stop?”  Rain was coming down in sheets and the SUV’s wipers were swinging back and forth like crazy.

“Where?” his uncle called back, attention glued to the road. “We’re out here in the middle of nowhere.”

And they were. Kansas if Lucas remembered correctly. They’d passed a small town a short while ago. At that time, the sky had been bluer than any he’d ever seen back home in Dayton. A few minutes later it went dark as night.  Then came the wind followed by pouring rain, crackling lightning and ominous growling thunder. He didn’t know how his uncle could see to drive, but the big black SUV crept on through the deluge. Uncle Jake Gleason wasn’t really a relative. He was their dad’s fraternity brother. Two year ago, their parents, Daphne and Elliot died in a car accident. When no family members stepped up to take in Lucas and Jasmine, they became wards of the state of Ohio and placed in separate foster homes. Jake had been trying to adopt them ever since. A few days ago, he finally gained approval and was now driving them across the country to Sacramento California where he lived with his wife Leslie. Lucas didn’t know what the future held but being reunited with Jaz was the most important thing. Little sisters could be a pain in the butt but he loved her and had missed her just as much as he did his parents.

Another boom of thunder filled the car and Jasmine jumped again and put her hands over her ears. Lucas reached out and took her hand. “It’s okay, Jaz. Don’t be scared. It’s just a storm.”

But it seemed to be more than that. The thunder and flashing lightning were increasing in frequency.

Uncle Jake shouted over the din, “We have to stop. I can’t see anymore!”

Lucas peered out into the rain and shouted, “There’s a house!” It was set back from the road. The flashes of lightning made it pop in and out of view like something from a scary movie but he didn’t care. Apparently, Uncle Jake didn’t either. He drove up to the house and stopped. There were no lights on inside.

“You two stay here. I’ll see if anyone’s home.” Before getting out, he turned to them and said in a serious voice. “If anything happens lock the doors and stay in the car. I’m leaving you my phone. Okay?”

Lucas took the phone and tried not to acknowledge the icy sense of foreboding he suddenly felt. He wanted to tell him not to go, but rather than act like a baby, he stayed silent.

“Take care of your sister. I’ll be right back.”

The door opened. Rain and wind screamed in. Uncle Jake bolted out, slamming the door behind him. Lucas saw him climb the stairs before the rain hid him from view. He and Jasmine waited tensely.

“Me, too.”  He prayed Uncle Jake returned quickly and wished he could see him but the storm continued to rage. The wind was now so strong the car was rocking. He heard what sounded like a train, and time seemed to slow as the SUV began tumbling end over end.   Windows shattered. Jaz screamed. A terrified Lucas undid his seatbelt and threw his body over hers to protect her from the stinging debris and rain now swirling inside the car. Something struck him in the head and everything went black.

CHASING DOWN A DREAM, A Blessings Novel, is a July 4, 2017, release from William Morrow Paperbacks. It may be purchased through these retailers: Amazon, Barnes & Noble and Books-A-Million.

Beverly Jenkins is the recipient of the 2017 Romance Writers of America Nora Roberts Lifetime Achievement Award, as well as the 2016 Romantic Times Reviewers’ Choice Award for historical romance. She has been nominated for the NAACP Image Award in Literature and was featured both in the documentary “Love Between the Covers” and on CBS Sunday Morning. Since the publication of NIGHT SONG in 1994, she has been leading the charge for multicultural romance, and has been a constant darling of reviewers, fans, and her peers alike, garnering accolades for her work from the likes of The Wall Street Journal, People Magazine, Salon, and NPR.